War on racism, colonialism and the pompous hypocrisy of intellectuals and politicians in the service of capitalism.

Racism, fascism, colonialism and Aimé Césaire, the creator of the word blackness This book is a declaration of war. War on racism, colonialism and the pompous hypocrisy of intellectuals and politicians in the service of capitalism. Written by a political thinker who was at the same time one of the greatest poets of the French language in the 20th century, Discurso sobre Colonialismo is a monument of elegance, irony and fury in the form of text. Originally released in 1950, in France, the influence of this little book is immense. It became the bible of all anti-colonialist militants fighting European domination, inspired the leaders of the pan-African movement and also the Black Panthers, is cited (over and over again) by Frantz Fanon and also cited by Raoul Vaneigem, in his The Art of Living for the New Generation, the situationist best seller of the French May 68. Perhaps even more current today than when it was released, this book demonstrates that fascism is the son of colonialism. That racism is a fundamental tool of capitalist exploitation. That Hitler lives in every bourgeois. In today’s Brazil, it helps to understand that the most recent emergence of fascism, with all its brutality, ignorance and racism, is less a reaction to advances in social issues, than the result of brutality, ignorance and racism being the basic weapons of capitalism in his usual struggle to preserve the infamous Brazilian social inequality. A fundamental work, urgent for our times, in an edition illustrated by Marcelo D’Salete and translated by Claudio Willer. With explanatory notes and a chronology of Aimé Césaire’s life, work and fighting.

There are no reviews yet. 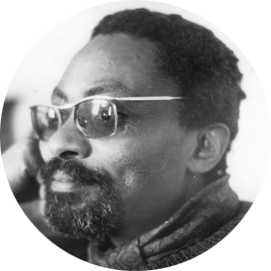 The work of Mario